Dock Services of Lake Norman was established to specialize in dock and lift repairs, as well as maintenance. While working in marine construction for years, building everything from small swim floats to million dollar marinas, I noticed that too often small repair issues become expensive problems. Repairs and maintenance are the single most important and under-served segments in the industry. Dock Services of Lake Norman was founded and built specifically to provide unprecedented service to lakefront property owners. Get the most from your waterfront investment and avoid premature replacement. 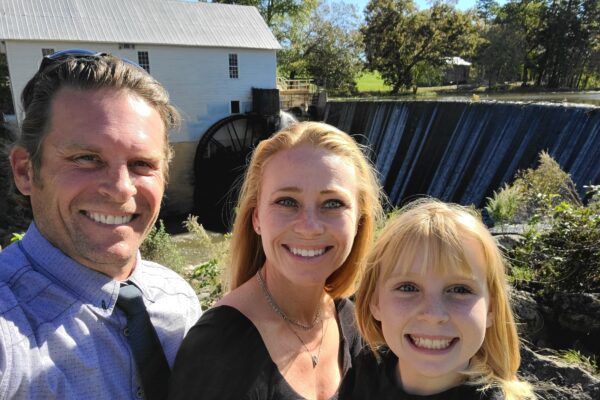 While studying business management at UNC Charlotte I started working for Carolina Boat Lift & Dock. I needed income to continue school and only had a few classes left to graduate. I took a job as a production foreman for the small marine construction company. After a year I became the production manager for both dock and boat lift installations.

In 1996, I started Pierworks as a small pier construction company after building my first floating pile driver. Steady sales growth and constant product improvement led to Pierworks setting the standard for high quality marine construction (Pierworks photos link here). The purchase of two more floating pile drivers and the addition of highly trained employees allowed for a gradual expansion of the business.

In 2006, Rowboat owner Bob Wilson approached me with a job offer that was a great opportunity. After 10 years of building residential docks, the chance to manage large marine construction projects was appealing. After I completed 4 months of Pierworks backlog, Rowboat purchased my equipment and website. I then became the production manager for the largest commercial marine construction company in the area. As production manager, I was responsible for the construction of large marinas on Lake Norman, Lake Wylie and the Pamlico Sound in Washington, NC. I even had the opportunity to manage the construction of over a mile of wetland boardwalk on the Lockwood Folly River in Southport, NC.

Rowboat then promoted me to Operations Manager which put me in charge of the day to day activities for the 40-50 employee company. This new role allowed me to manage projects that included bucket to barge dredging, seawall installations, marina refloats and repairs to an earthen dam. I was known for my attention to detail and bringing in the projects under budget. This position allowed me to manage and sometimes operate equipment such as barges, conventional cranes, long-reach excavators,  diesel push-boats, diesel hammers and more. During my tenure, no personnel or equipment were  seriously injured, while our production set new standards for efficiency and quality.

The “Great Recession” slowed down the commercial marine construction market, so I began to  consider opportunities in other fields. Having been offered a job with the largest commercial roofing  company in the US, I decided to submit my resignation to Rowboat.

A respected family friend, for whom I had managed a marine construction project, offered me a position with Centimark. They were growing despite the recession and offered good pay, benefits and opportunity for growth. I was able to gain a considerable amount of knowledge about salesmanship and the organizational structure of a top tier national company during my two years of employment.

Having moved back onto Lake Norman, the timing seemed right to get back into the career that best utilizes my talents. The niche for this new company would be the most under-served segment in the marine construction industry. Repairs, refurbishment & maintenance became the cornerstone of Dock Services. Throughout my career I had never heard of a company that specialized in repairs! Customers often request repairs, but are steered towards replacement. Repairs are often an afterthought, and are priced high to sell new construction. The lack of interest in repairs is evident when looking at websites for marine construction companies in the area.

The reason most marine construction companies don’t provide good repair service is because of money. Pile drivers, barges, cranes and excavators require large capital investments. Projects that are only a few thousand dollars don’t meet the profitability threshold needed to cover the overhead.

Dock Services is fundamentally different because it is designed to concentrate on repairs and refurbishment projects that don’t require capital intensive equipment. Most lakefront owners already have a dock, pier and boat lift. We all know it is fundamentally good reasoning to take care of what we have. Why replace when you can repair for a fraction of the cost? 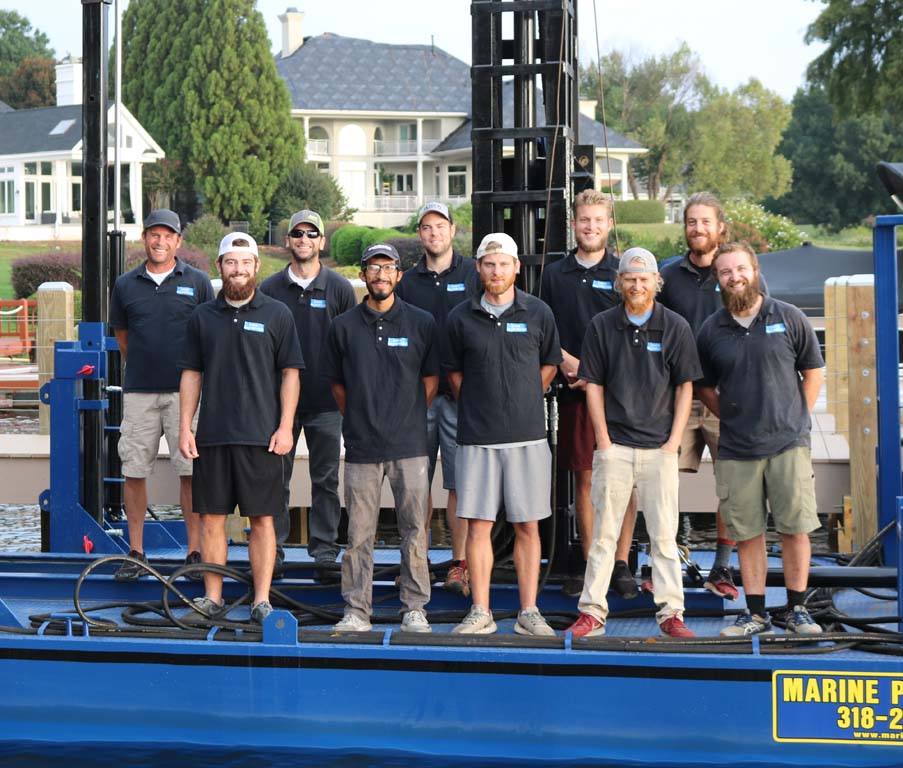 We’re a team of dedicated professionals focused on delivering exceptional craftsmanship and an exceptional customer experience.

We provide essential pier & dock services to all customers!

Morgan and his team (John, Clinton, Aurelio, Chris) did an excellent job in evaluating, redesigning, and modifying the roof structure of my boathouse to accommodate the permanent arch on my boat and thus allowing the lift to raise my boat completely out of the water. The quality of the work was excellent and these guys are great to work with. They came up with a great solution at a reasonable cost without having to replace the roof.

Morgan has just finished a dock for us. He knew what we wanted before we did. The whole project was a pleasure and his crew were not only courteous but a pleasure to witness. Hard working, great ethics and they never skipped a day until it was finished, even through the cold and rain. I have to say, we miss the boys and the banter. If you are considering a dock or repair, do yourself a favor and call Morgan. Thanks guys 🙂

Great job! I would hire Dock Services again in a NY minute. They did a renovation on our three-slip dock. Project estimate was 6-7 weeks and they completed within the time scope of the project. As a construction project manager, I appreciated the attention to project schedule and quality control during the build. These guys are pros. They do it right. From proposal to punch list, Dock Services is on top of it.

As a homeowner, I appreciated the craftsmanship and attention to detail that Dock Services exhibited at every step of the project. They literally transformed our dock from tired and worn out to a dock that looked brand new.

Also, Dock Services runs a tight ship: they’re clean, neat and hardworking. Easily one of the best contractors I have ever hired, bar none.

Morgan and his crew exceeded expectations with very minimal guidance. They knew what they were doing, and completed a dock restoration that functions and looks much better than I imagined would be possible based on what they had to work with.

Morgan’s crew was polite, professional, and respectful. The site was left cleaner than when they began. I wouldn’t hesitate to recommend Dock Services to anyone, or use them again myself.

I talked to 3 dock builders and Morgan was hands down best dock design, construction and value. His crew was amazing. We enjoyed having them on our property every day. Highly recommend this firm.

We had a wonderful experience with Morgan and his team. Our dock cover came out perfect. Morgan was very thorough in his explanation of how our project would be run. The project was completed on time and looks beautiful. We highly recommend Dock Services of Lake Norman. 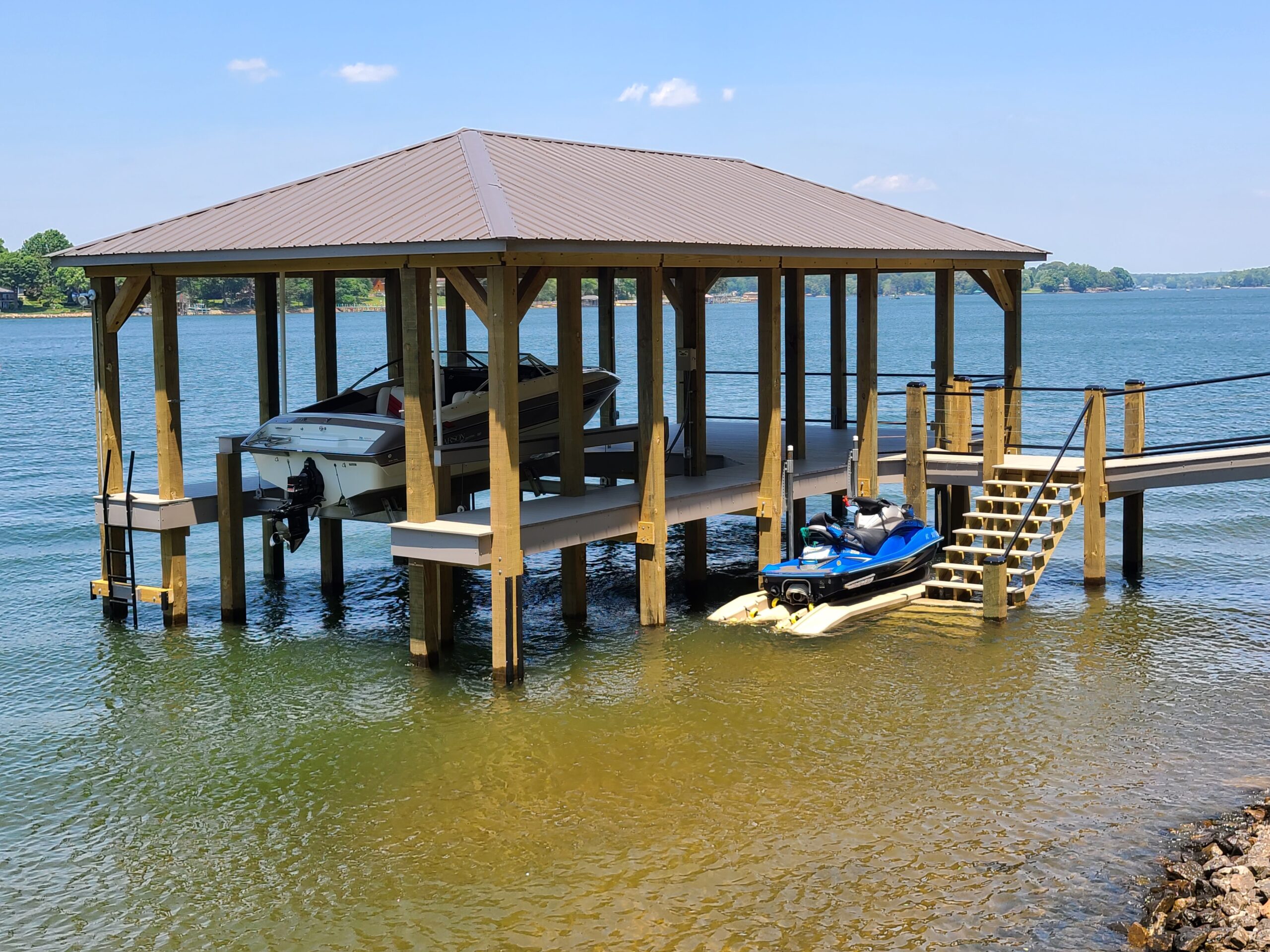 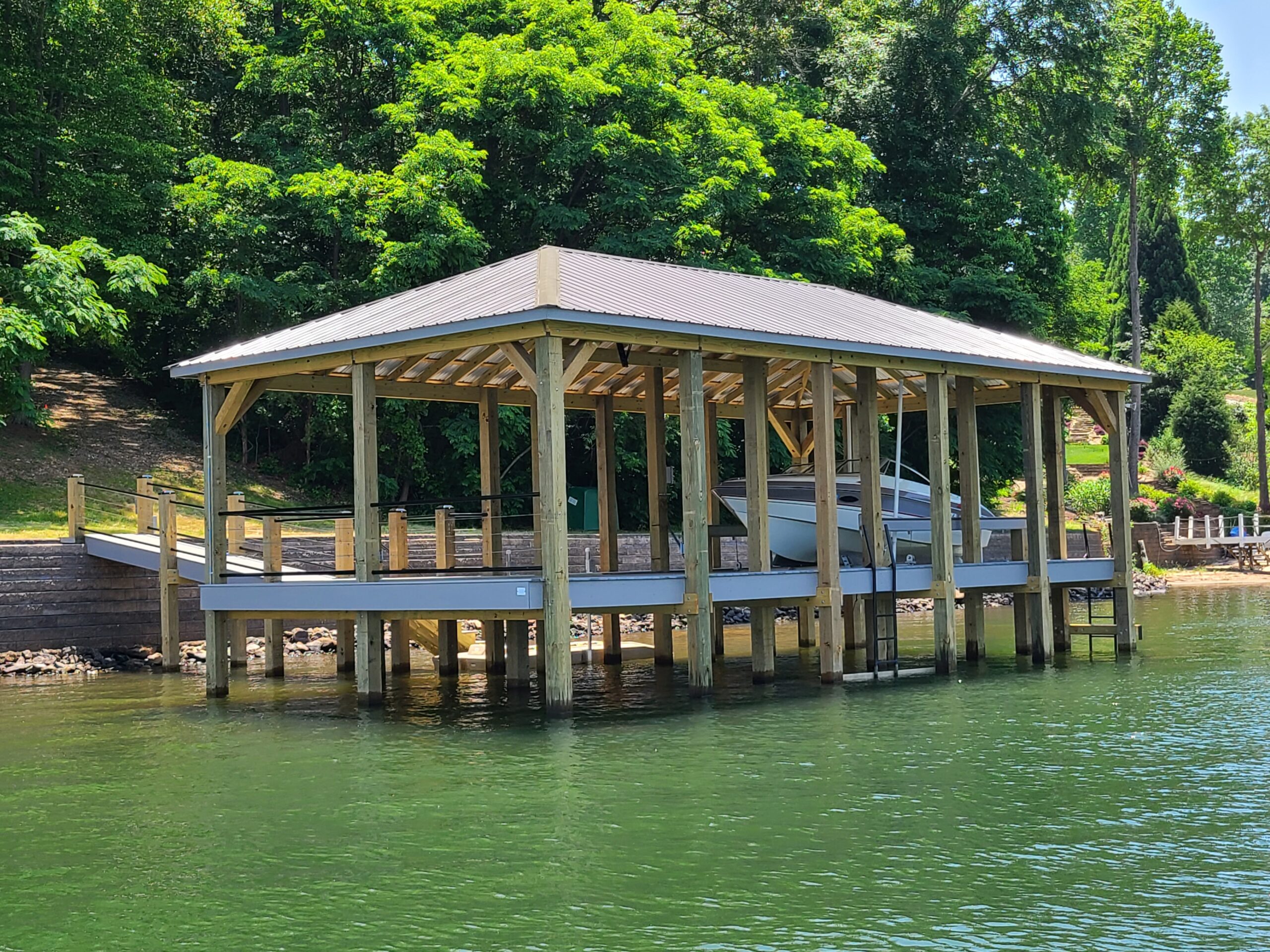 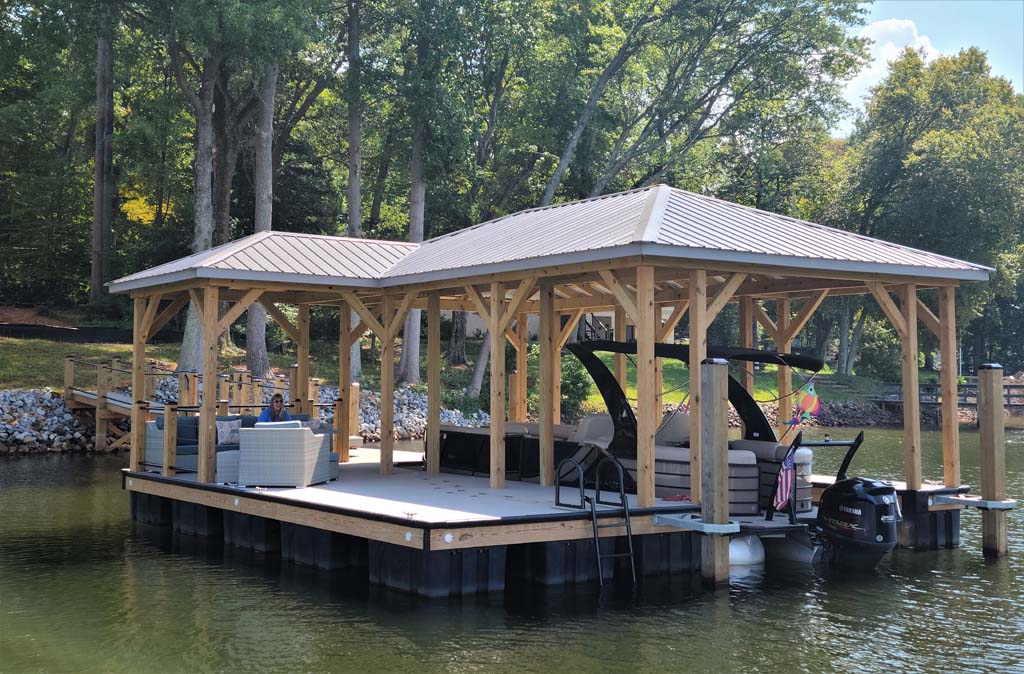 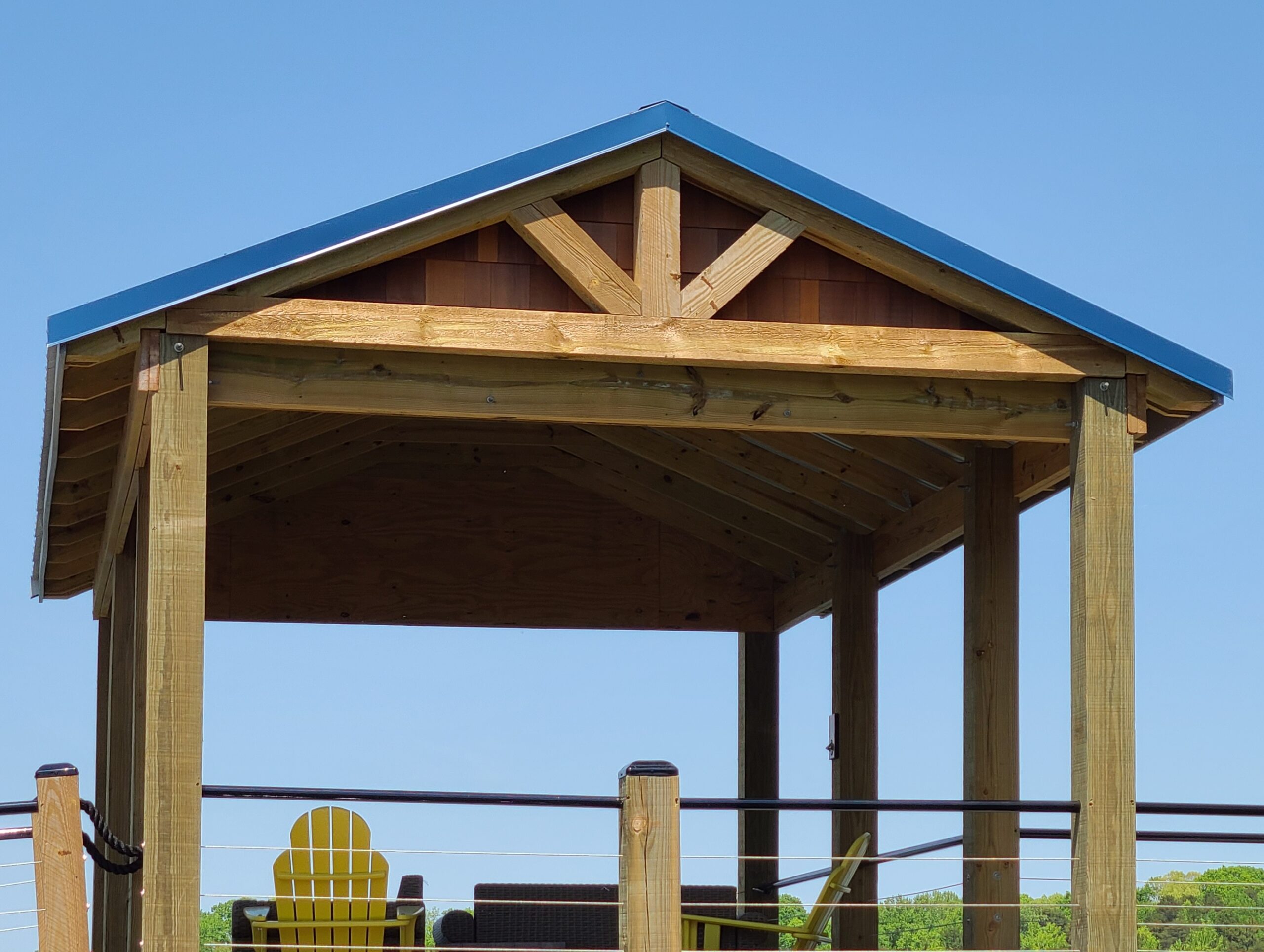 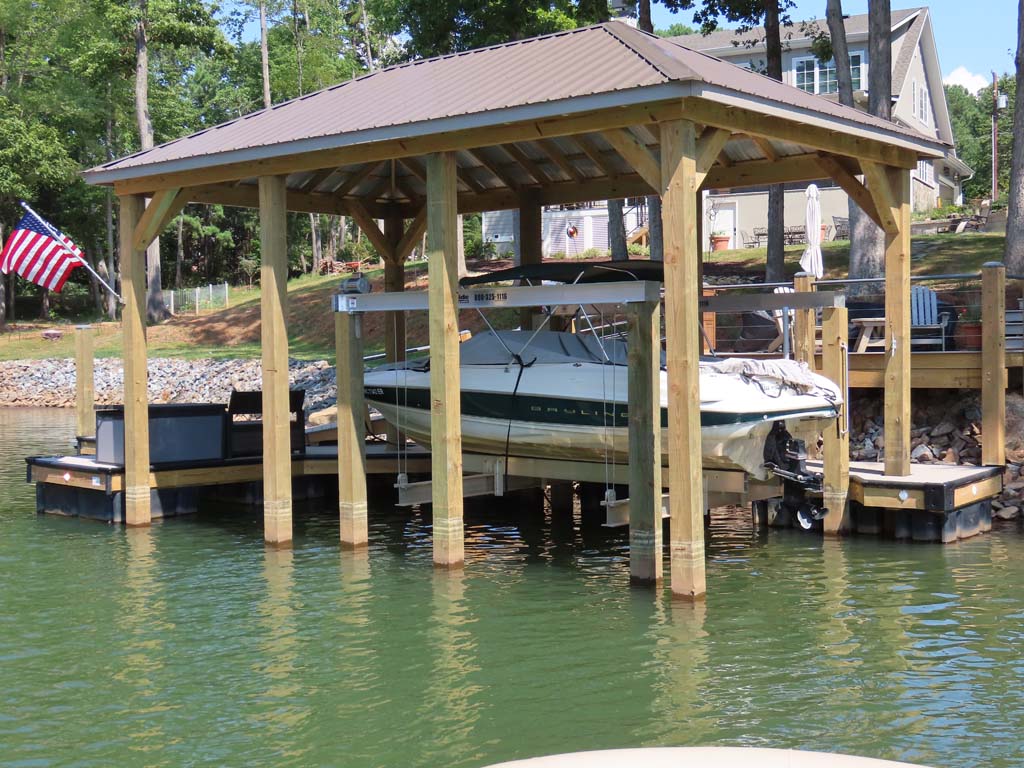 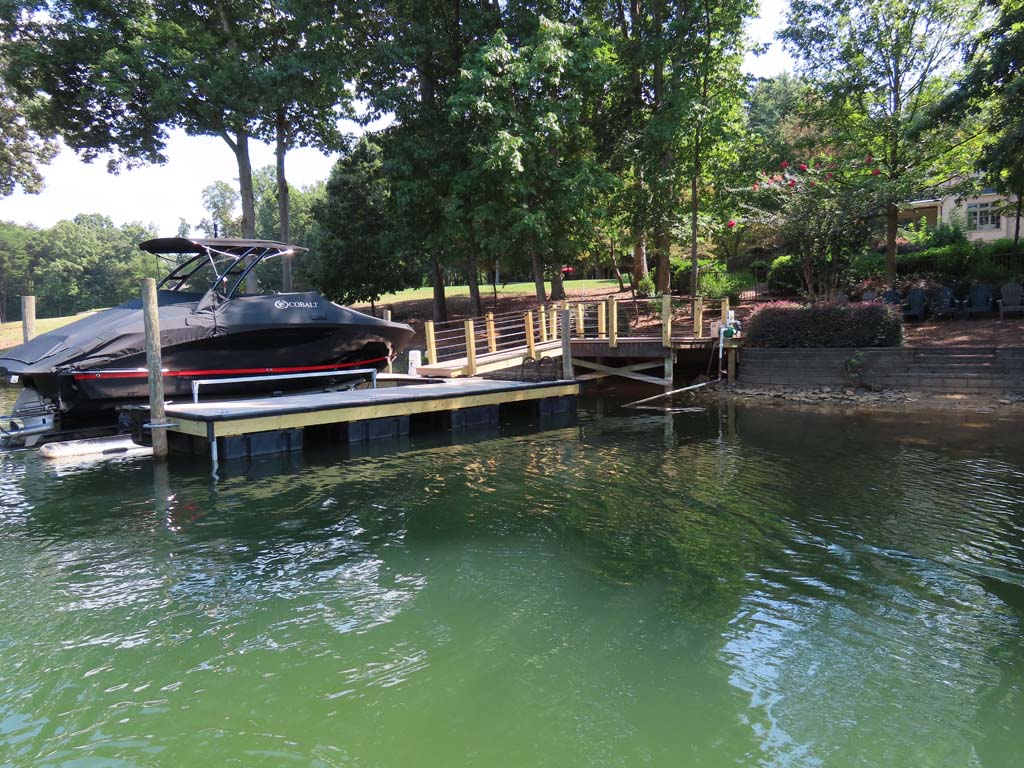 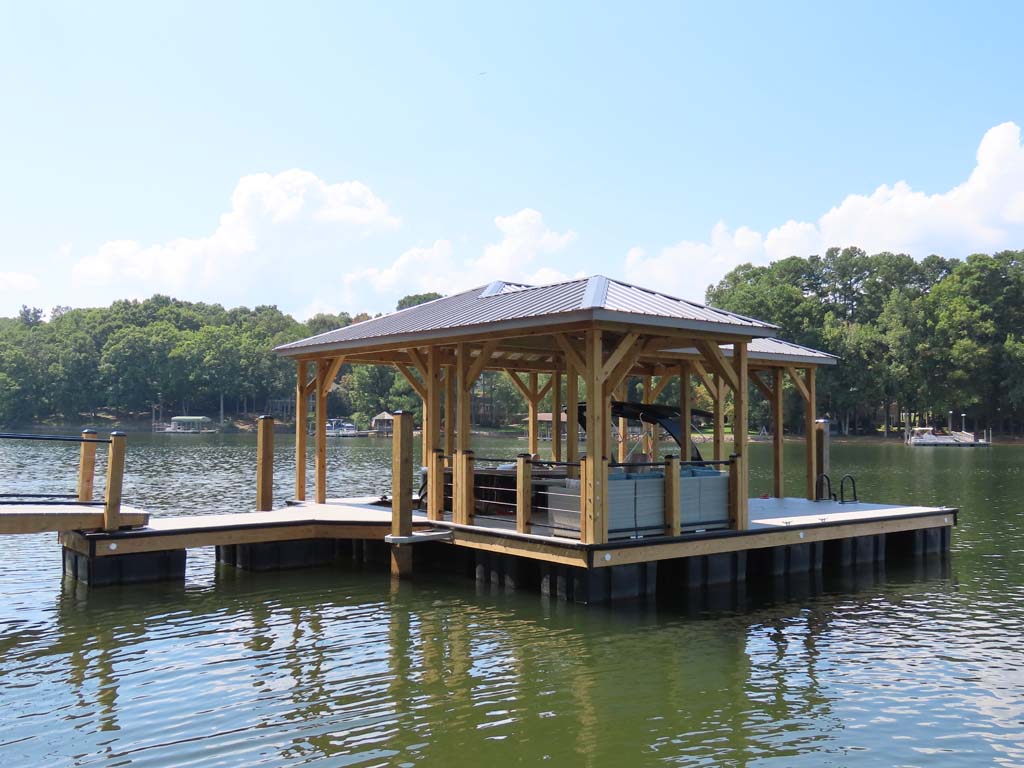 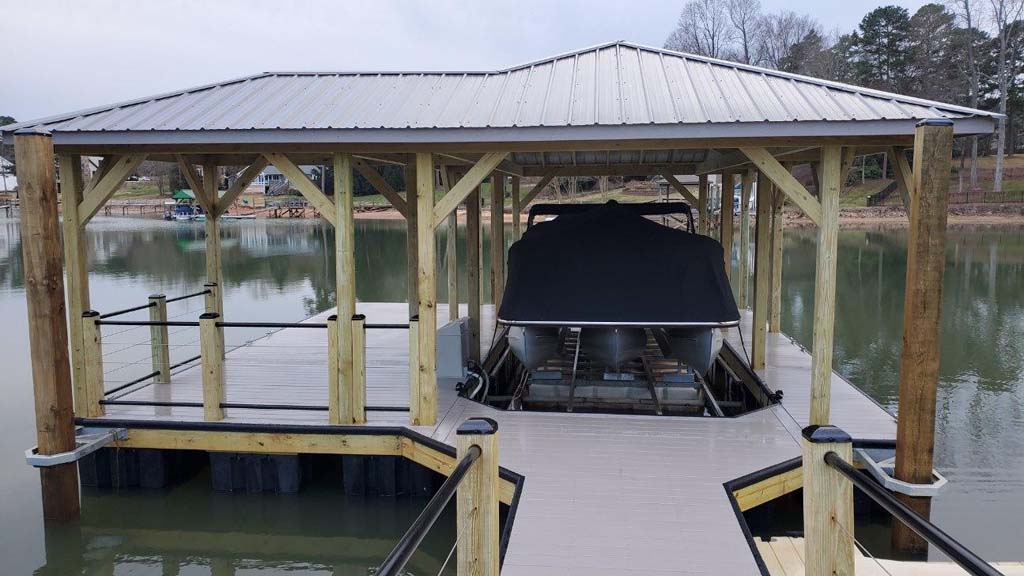 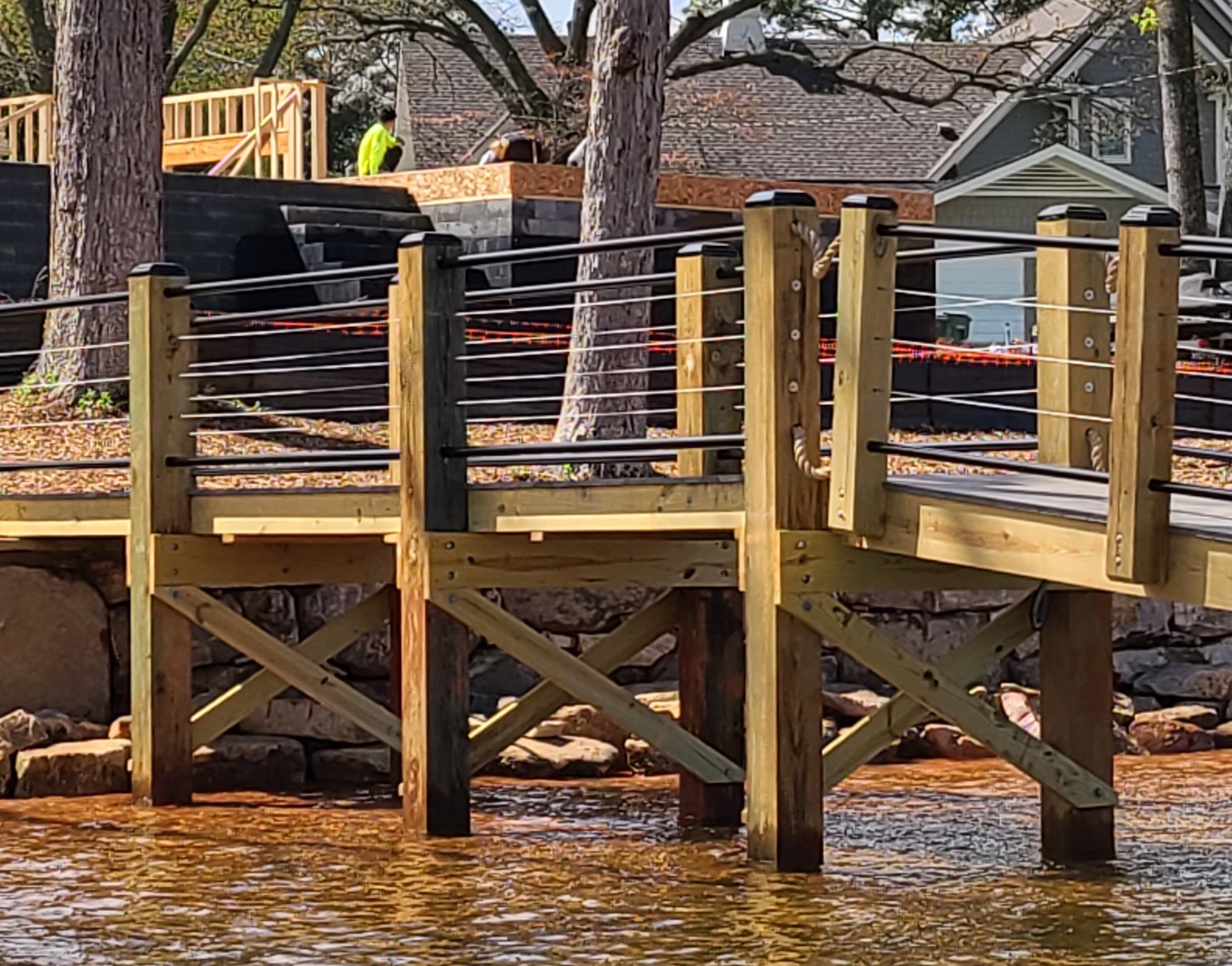 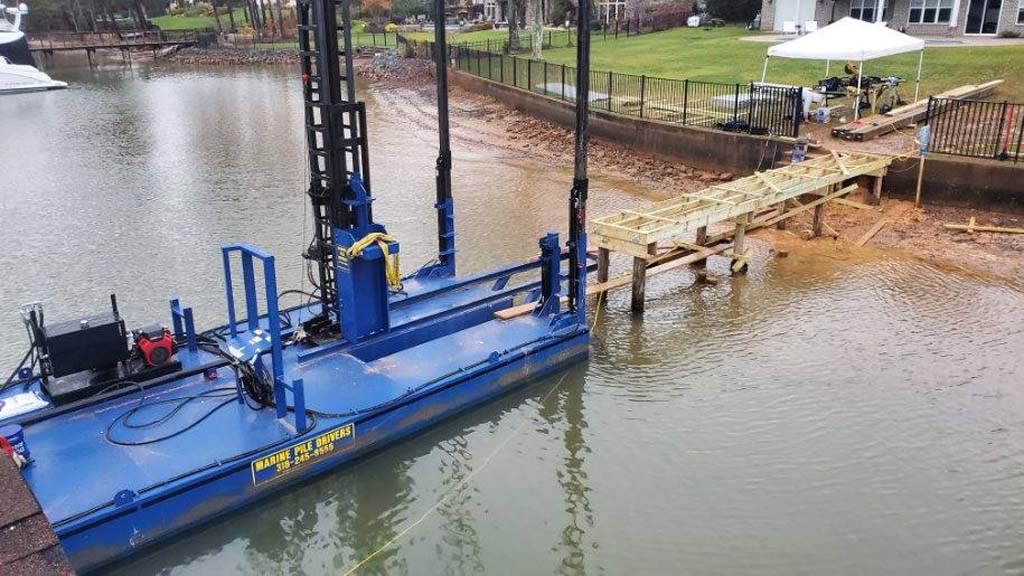